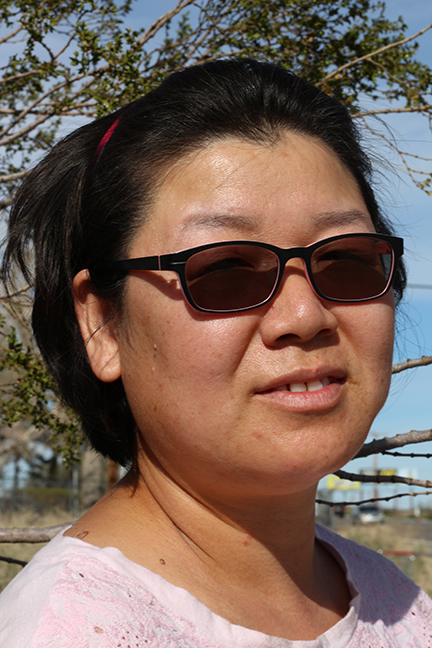 As I was driving around Mojave, California, USA, I couldn’t help but notice Bae’s beautiful bonsai trees at the side of the road (see below). I decided to stop and talk to her. Bae was originally from Seoul, Korea, and had lived in the United States for 12 years, primarily in Los Angeles, California, USA.

Before she came to the United States, Bae did the exact same thing that she was doing when I met her, and that was that she and her husband put together “Japanese plants.” In the US, after assembling the plants, they sold the plants to her husband’s friend who, in turn, distributed them to various retailers to “sell to people to take home.” 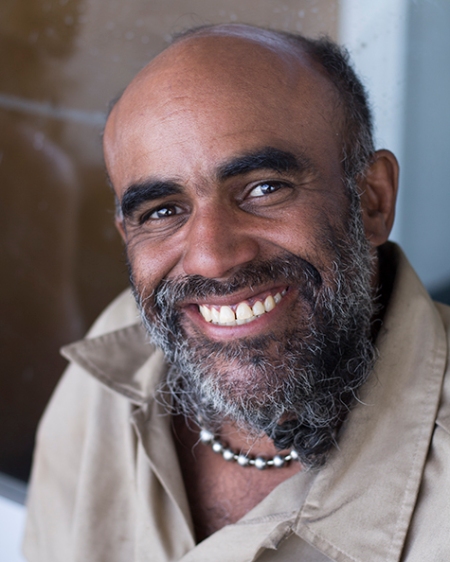 Sebastian was from all over Southern California, that is, “from Bakersfield all the way down to Orange County.” He had a rough time in high school and was “saved” when he was 19 years old.

Sebastian obtained a volunteer position at Tehachapi Christian Store when, after one time, he was sitting in his “office,” a bench outside the Store, speaking about Jesus and God. The owner heard him and hired him to help him paint his house and help in the store.

Sebastian was impressed that I fearlessly walked over to him and his two homeless friends. After barraging me with random nonsense, he said he was testing my spirit a little bit, “you have a really good spirit, I can tell. You didn’t get scared when I saw you walking up to us. Being scared is the sign of the devil. You’re not supposed to be scared of nothin’. You’re supposed to be scared of God, not of God, but of what God could let happen to you.”

Sebastian claimed he was in Mojave “because every time I get upset, or every time I get wondering about the Holy Spirit, I wanna do something, and I get on the bus. I don’t drive because I still drink.”

Sebastian claimed to have saved the life of one of his friends. Furthermore, he had just started NOT having a beer before he went to church, and only had one afterwards.

Sebastian gave me his opinions on this subject. He stated that there are homeless people in Pasadena, Long Beach, and Lancaster because all three of those cities are the terminating lines of the Metrolink which, which is the Los Angeles Suburban line connected to the Metro within the city itself. Recently, the Metro System completed their line to West Los Angeles / Santa Monica. So in Sebastian’s words “Santa Monica is gonna be a new spot for the rejects in LA. The way the bus lines are made, the last stop is Lancaster or Pasadena or Long Beach and now it’s gonna end there too.” Meaning, that in Santa Monica, the homeless were to be a problem in the near future, “if not already.”

Walter was a photographer for over 20 years and stopped being a professional photographer in 2001. At the time of this portrait, he was taking photography classes at Antelope Valley College because he wanted to bring himself “up to date” in digital photography techniques; Walter’s entire career was devoted to film photography.

Walter was originally from San Fernando Valley, in the Los Angeles, California, USA area. He graduated from Granada High School and came to Antelope Valley in 1999.

Xavier was an aircraft fueling technician who worked at the Mojave air and Spaceport in Mojave, California, USA. He had worked there for 20 years. Although he worked and lived in Mojave , he was originally from Los Angeles, California.

Xavier’s job was to fuel aircraft of all sizes from Cessna and Pipers to 747’s and 777’s. He fueled aircraft with single prop engines and with after-burning turbofan engines. But most exciting, is that he got to fuel spacecrafts such as SpaceShip One and XCor suborbital vehicles.

Image Creditssub: Bat-Ami Gordin © 2016 all rights reserved. Credit if you use it, please.

Meet Melissa, who when we met, worked at Bob’s Army and Navy in Mojave, California, USA, where they had, of all things, medieval armor (see below.)

Melissa’s job was not only to greet  customers and perform sales, but she was also in the process of reorganizing the store. The store “was quite crowded because the store tries to have a little bit of everything, ” Melissa explained. “The store is just so cool, it’s hard to explain what they have there. It’s really worth stopping by to see it.”

Some of the things they had in the store were military and camping items you would typically see in the average Army Navy Store. However, Bob’s differed in that they also had vintage items, especially women’s vintage jewelry and clothing. “They have a lot of camping stuff,” Melissa noted, “including vintage camping stuff.”

In her portrait, Melissa modeled one of the store’s vintage hats. Before she worked at Bob’s Army & Navy, Melissa worked in gas stations. It was “quite a change” to transfer from working in the gas station to working at Bob’s.

Melissa enjoyed interacting with the “very sweet” customers.  She found them not only respectful but also interested “to talk about military stuff. So, of course, I like them.” Melissa’s fiance’s dad was a retired Marine Corps member and her fiance was going to enter the Navy, so Melissa was accustomed to having conversations about military topics.

Gary started off in Citizens Band Radio, CB Radio, in the early seventies, and at the time of this posting, was working on his technician license in Amateur Radio, ham radio. When I spoke to him, Gary was still involved in CB and also in The General Mobile Radio Service (GMRS), “mostly to chat, sometimes to help people.”

When on the roadway, Gary occasionally ran into people who had a GMRS radio in their car and needed help, but maybe didn’t have a cell phone to report the help request. So, Gary rendered assistance with his cell phone. “Most people are able to help themselves when an emergency arises because they have a cell phone, but there are a few people out there still that don’t have a cell phone, or their battery went dead on them.” So Gary liked to be ready to help them with either CB or GRMS radio.

Gary was a level one volunteer for Citizen Emergency Response Team, CERT. He attended monthly meetings at both the Mojave / Rosamond CERT and Antelope Valley CERT. If he were to be called out for an emergency or catastrophe, and he were available, he was sure he would “go out and help.”

Gary worked for the United States Post Office for 42 years before he retired and at the time of this posting, he participated in Union activities for the postal service.

Christina was a wedding photographer who worked alongside her husband. She most often shot video and her husband made the stills. Christina attended Antelope Valley College to study photography and get her associates degree.

Christina was also a mother of a four year old with whom she enjoyed park time and bike rides.

Jack was a fifteen-year-old Australian who “never actually lived in Australia.” He was born in the Oregon, USA, lived in Fargo, North Dakota, USA for seven years, then in Singapore for five years; at the time of this posting, he lived in Tehachapi, California, USA.

Jack liked almost everything at school except for math which was “terrible” for him. He didn’t have specific plans for the future and said, “we’ll see what happens.”

It was fun taking Jack’s portrait because he was so excited about being part of the portrait project and his mom was nice to speak with also. It was, all in all, an upbeat, positive experience for all.

Jayce was 4 years old liked to play at the park and loved his really cool little puppy, Venom (see below).

Jayce liked Legos and Star Wars. He didn’t have Star Wars Legos but had Ninjago LEGOS. His favorite Star Wars character was Darth Vader. He really liked Darth Vader’s red lightsaber but didn’t care too much about R2-D2 because he didn’t have an R2-D2 toy.

Jayce and Venom staring at a sudden sound

Image Credits: Bat-Ami Gordin ©2017 all rights reserved. Credit if you use it, please.