Things Could Be More Reliable 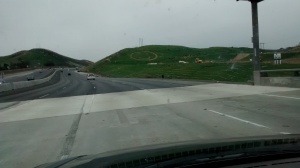 Smiley On Mountain -> This has nothing to do with this poem, but it’s an Eight Lane Road, so I think it fits the overall theme. Besides, I think the living embodiment of an emoticon on a mountain is a very cool concept and needs to be published.

Things Could Be More Reliable

Things could be more reliable:
piss water tea, more stale than old;
valves that leak with familiar beat.
I will only come here at night,
boulevards emptier than roads,
dim lights glow from windows of homes.
So many memories, where I cry,
buried in your shoulder with grief.

Poetics Of The Road

Today, I wrote the poem for D’verse Poetry prompt by billgncs to write an Octet, which is an eight line poem. For more of a challenge, we could write 8 syllables per line and also try to make it be about the road. So this is my attempt.

Image Credit: Bat-Ami Gordin © 2015 all rights reserved. Credit if you use it, please.

This week I am fostering a puppy named Ellie. She came from a high kill shelter. When I wrote Dog In Leaves I had to pick a picture from a search engine. I did not have a good dog in leaves picture. Currently, my yard is filled with  leaves, so I was able to take my own picture of a dog in leaves. I figured I’d write a own poem about Ellie in the leaves.

Also posted in:  IN HIM WE LIVE AND MOVE AND HAVE OUR BEING    photo-linky-for-animal-lovers

Photo Credit: Bat-Ami Gordin © 2011 all rights reserved, credit if you use it, please.

When Children Can Vote

When Children Can Vote

Chocolate dining halls,
finger paint on all walls
(when kids are allowed to vote)
video games all day
schooling goes its own way,
political champs gloat
all amusement parks thrive
pre-pubescents can drive
(if babes are granted the vote.)

And also written for:

I combined two prompts. Sunday Scribblings asked for poems on VOTE. I thought writing about kids voting was amusing. Didn’t know what direction or form to take until I saw the Imaginary Garden With Real Toad prompt which was for writing a poem based on Bálint Balassi, a multilingual Hungarian Renaissance lyric poet who wrote using The Balassi Stanza/Strophe, which consists of this form:

bistoury hidden in
baldric of tanned cow leather.
malchus sharpend deftly by
acutiator. always
armisonant; on his heels.
roundhead most efficacious.
sword positioned at his hip.

Also Posted on: PurpleTreehouse Poetic Forms Week 6: Back to Basics

Where we were asked to write “Stellar Verse” specifically about the constellation ORION. The simplest for of Orion consists of seven stars (without the Hunter’s shield and club.) The poem had to be 7 lines which had to begin with the initial letter of the names of the 7 stars working in sequence from the celestial zenith, ie, B, B, M, A, A, R, S and each line in the “pure” form of the Orion, must have seven syllables, but flexibility is allowed. There is no set rhyme scheme.

The actual names of the stars from which the letter sequence above has been generated are: Betelgeuse, Bellatrix, Mintaka, Alnilam, Alnitak, Rigel, Saiph.

Since Orion is a hunter/warrior, I chose weapon words, some of which you might not understand (I didn’t know over half of these) so I am giving you the definitions:
acutiator – person in the Middle Ages who attended armies and knights to sharpen their instruments of war

roundhead – weapon used as a club 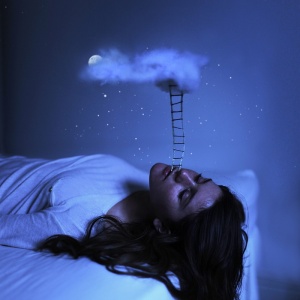 No darkness without light.
No rest without sleep.
No dreams without love.
No madness without obsession.
No miracles without imagination.

Angles and machines build
a nimbus on my breath.
A cherub sends a raincloud.
Archangels bleed excess

To return
without denial
to a warm body.
My head on a cushion
soul and joy are one.

In dreamland
our silver threads meet:
A love affair in corporeality.

I think this is the last One Stop Poetry Challenge for Sunday:

This is the:  Sunday Photography Interview: Rosie Hardy & Poetry Challenge

I got the picture from her website, specifically, the Self-Portrait Section:

Posted in One Stop Poetry, Poetry

This is for: Form Monday – Nonet hosted by Corbie Sinclair – on this page –

The form goes like this:  ABCDEFGHI or alpha numerical form, so each line is a different ending word. The corresponding syllables are 9,8,7,6,5,4,3,2,1.  If this doesn’t make sense, go to the link above, and they will explain it in other ways.

As for the amazing artwork above, I did it. It’s too inventive, I know. If there were something better, something else, I would have chosen that.

Posted in One Stop Poetry, Poetry 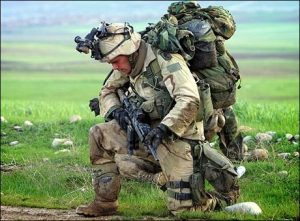 The metal hanging
from a chain around
his drooping neck ― kept.
His courage ― endures.
His heart ― remembered.
His load ― in pictures.
His cold ghost ― in the beyond.

But no record of back pain.
No recollection of his warmth.
No discussion of limbs,
shorn like Samson’s hair.

Yet nothing could fill the absence
of his soul defeated
by the echoing blast of his first kill.

This is my memorial day contribution. 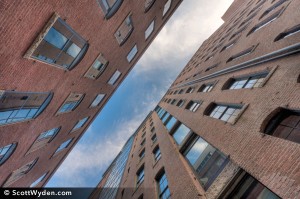 From the city alley
appraise a sliver of sky.
Streams of clouds
progress in currents.

Through windows,
saxophones
and treble voices
compete for bandwidth.

In the city alley
the superhero waits
to explode/to save
the world from itself.

His organization is Fragile Oasis  and he’s also on facebook.

Again, I won’t usually be writing free form poetry on this blog, unless it’s there for a reason. It looks like I might actually have a periodic reason: these “One Stop Poetry Challenges.” This time I’m writing in response to the Photography of Scott Wyden.”  The website is:

Brief stillness in air.
Ready for the dive.
Falling on approach.

I am posting this one for the “One Stop Poetry Challenge – the Photography of Fee Easton” .

The light scatters in ways no one ever
conceived. The sun’s effects permanently
continue, and there’s no chance to sever
ourselves from power that radiantly
shines on horizon’s edge, for sunlight
is as diffuse as life on earth below.
In orbit, at a superlative height,
the landscape is of mountain and plateau.
Observe the graphic spectacle, more real
than anything a human can witness.
It’s a palace spinning like a Ferris-wheel,
from whence no one leaves, yet all must egress.
On the planet, darkness is divided
by rays of light the sun has provided.

NASA posted the picture above on the “Earth Observatory/Image of the Day Page.”

@NotAJoe on twitter tweeted the link. After viewing the image, I wrote the following haiku:

on the edge of space
sunlight lights the horizon
diffuse, like earthllife

Then I decided to write the sonnet I posted above. Check out the NASA link if you want to know more about it. The link discusses “the terminator.” Terminator is the changeover between day and night, as seen by someone in orbit.