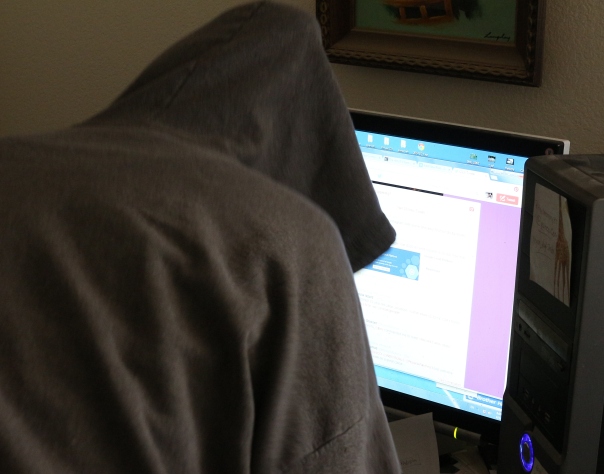 Palpable perplexity burns into his face,
round and round. Malodorous gases smell
as he writes his blog. Then, he twitters in place

for his odious histrionics are such a disgrace
and his feedback is a bombshell.
When palpable perplexity burns into his face,

ambiguous other worldliness will trace
upon his demeanor. Repugnancy will dwell.
He will write his blog and twitter in place

like a chronic, unhinged, mental case.
As he puts negativity on each brain cell,
palpable perplexity burns into his face.

He grumbles about the reeking rat race.
He does not think. He can just rebel,
write his blog, twitter in place,

denounce all in his knowledge base,
make obnoxious noises, pollute and pummel .
When palpable perplexity burns into his face,
he composes his blog and twitters in place.

The Art of Villanelle

Image Credit: Bat-Ami Gordin © 2015 all rights reserved. Credit if you use it, please.

Don’t blubber and philosophize
in the act of pantomime.
Don’t blare and trumpet platitudes
as you premeditate tyrannicide.
Don’t pillage and falsify,
disrupt activity,
as you fanaticize,
and build public opinion on premises.
Don’t biodegrade and evaporate
until you lenticulate
into vaporous aloofness.
If you pillage all those
to whom you relate,
you will never erase despair,
but will fishtail
down the highway
and slip on glass
that penetrates brain cells.

Today, I wrote the poem for D’verse Poetry prompt by Victoria to write a poem incorporating a rich use of verbs. Because this week was the Ides of March I thought I’d write something about what Julius Caesar should have been aware.

through scope: gawking,
pixilatingly defining.
control authenticating:
could be devastating.

Lancaster Municipal Stadium with F-18 on a Stick

I live in Antelope Valley, which is more than one city, but the Valley has one theme in common and that is Aerospace. The City of Lancaster has an Aerospace Walk of Honor, and for a monument, you can see an old F-4, mounted. The Air Force community calls this static display a Popsicle on a stick.

There are Popsicles on Sticks all over Antelope Valley, even in front of our farm team stadium. So that is what I decided to write this poem about. I threw in some imagry on baseball, food, smells, Popsicles and sticks.

Today, I wrote the poem for D’verse Poetry prompt by Gabriella to write about a city. But the City I live by is Lancaster, CA so I chose to write about the closest thing to a square, the display in front of the stadium.

Today, Tony Maude prompts us to be thinking about the poetic possibilities of using Jargon, Buzzwords and Management Speak to create a poem

Born to Strife and Contention

Born to Strife and Contention

when will and passion are removed,
when resistance double-talk
is branded onto never-ending anxiety,
when determination and satisfaction
are as fundamental as food,
a mind-blowing similitude is imprinted
of one’s self crawling over pulverized concrete,
as the gnawing sound of military boots
carries out abductions for victims
headed toward open graves.

why make weapons of destruction,
if not to inaugurate a bloody war,
to spate abuse and death by genocide,
to create statistics of shelved body parts
and to encourage irrational ideology?

chilling to the teeth,
tranquil in scorching sun,
courage is to be remembered.
dogmas and –isms draw us
into the non-poetry of decomposition.
coexistence mutates into an abstract,
bipolar state of observance and malevolence.

when level-headed ethics never prevail,
and macho men rampage with sincerity,
madness undermines every rational practice
of benignity and simultaneity.

left untenanted, in our public world,
impotent diplomatic development
extorts us to applaud like a game show audience.

when the statistical death count,
and the itemizing of landing points,
and the remembrance of range
and the particularization of cultural transformations
is so unlimited that no one can distinguish
between the beginnings and the end of combat,
then puerile decapitation shall fail to enrage.

Image credits: HAMAS TERRORISTS USE CHILDREN AS HUMAN SHIELDS IN GAZA In Stand Up For The Truth

trained to highest degree,
their world is to bark an alert.
watchdog inclination; vigilance strong
sufficiently powerful to kill a bear
they might, to kill, as well as guard.

peaked species. barking in this case,
would not protect at word of command.
an act of whim, seen in expression.
lead removed, in existential wind.

were punched ‘til they cried,
but held on, with calcified canines
tearing flesh and bringing down
the gatecrasher.

praised with delight for
performance, outstanding
impressed by a touch.

though trained to pounce,
each would rather wave a tail, actively
through the wind, beckoning stray cats
to play in the garden.
life is not easy,
when always on alert.

To celebrate the 21st anniversary of the Hubble Space Telescope’s deployment into space, astronomers at the Space Telescope Science Institute in Baltimore, Md., pointed Hubble’s eye at an especially photogenic pair of interacting galaxies called Arp 273. The larger of the spiral galaxies, known as UGC 1810, has a disk that is distorted into a rose-like shape by the gravitational tidal pull of the companion galaxy below it, known as UGC 1813. This image is a composite of Hubble Wide Field Camera 3 data taken on December 17, 2010, with three separate filters that allow a broad range of wavelengths covering the ultraviolet, blue, and red portions of the spectrum.

Hazy tidal bridge with
hot and bright newborn stars
has lopsided structure
highly warped from the plane.
How this spiral pattern
hauls swaths of blue-jewel stars
hitched to galactic disks.

Today, Vandana Sharma prompts us to write a Pleiades Form Poem. This consists of seven lines, each line starting with the same letter as the title. The title is a single word. Preferably it should be about space, which is NO PROBLEM for me.

drawn to urban utopia,
world of other people’s affairs.
out of Texas, homegrown souls —
los hombres of loneliness.

kind friend or was it pity?
same disease phase; containment.
taste of humiliation and despair.
more rotten than downtown Bangkok.

Today, Shanyn Silinski prompts us to a cowboy poem. Does this count? 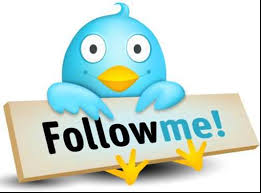 Form for All: Poetry as Semaphore

Today, Samuel Peralta prompts us to write a twitter poem in, of course, 140 letters.