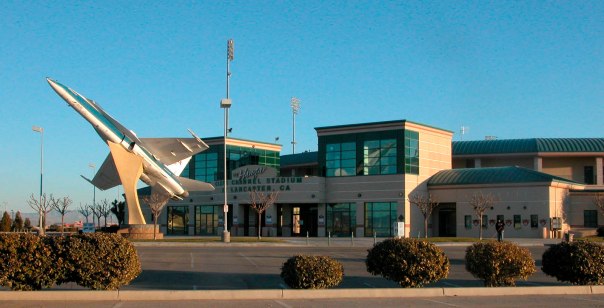 Lancaster Municipal Stadium with F-18 on a Stick

I live in Antelope Valley, which is more than one city, but the Valley has one theme in common and that is Aerospace. The City of Lancaster has an Aerospace Walk of Honor, and for a monument, you can see an old F-4, mounted. The Air Force community calls this static display a Popsicle on a stick.

There are Popsicles on Sticks all over Antelope Valley, even in front of our farm team stadium. So that is what I decided to write this poem about. I threw in some imagry on baseball, food, smells, Popsicles and sticks.

Today, I wrote the poem for D’verse Poetry prompt by Gabriella to write about a city. But the City I live by is Lancaster, CA so I chose to write about the closest thing to a square, the display in front of the stadium.